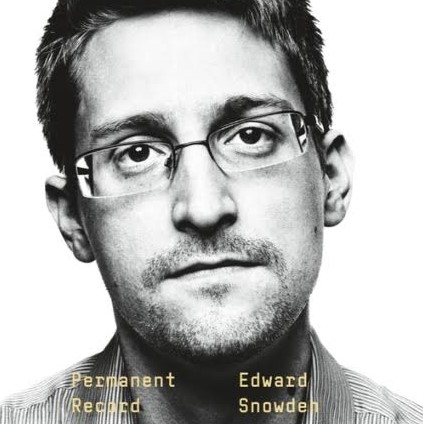 “The freedom of a country can only be measured by its respect for the rights of its citizens, and it’s my conviction that these rights are in fact limitations of state power that define exactly where and when a government may not infringe into that domain of personal or individual freedoms that during the American Revolution was called ‘liberty’ and during the Internet Revolution is called ‘privacy.’” – Edward Snowden, Permanent Record

Edward Snowden was not 30-years-old in May 2013 when he came forward to the media with proof and the backing of The Guardian in the UK and The Washington Post in the US, disclosing between 9,000 and 10,000 NSA top secret, classified documents concerning the routine mass-surveillance by the US government of all of its citizens, as well as foreign nationals around the world.

Snowden details the routine mass-surveillance and data collection on US citizens by the NSA based on his work history experience and firsthand observations of what was going on at Fort Meade at the NSA headquarters in Maryland.

The NSA’s stated objective of mass-surveillance was sixfold: “Collect it All,” “Process it All,” “Exploit it All,” “Partner it All,” “Sniff it All” and “Know it All.” NSA spies used a program called XKeyscore, an analytical tool to retrieve data on users for everything they have ever done on the Internet. Private personal photos, telephone calls, text messages, search histories, email messages, videos, and a myriad of other Internet artifacts were regularly collected by intercepting their transmissions at endpoints of telecommunication companies and then stored indefinitely on government servers in Utah without any timeline for removal or deletion. The data and metadata (information about the data collected) forms a “permanent record” of every user whose data was ever collected.

What was sickening to hear about was the users of XKeyscore who spied on US citizens and foreign targets abroad. One practice, known as LOVEINT, involved the stalking and spying on former partners into their comings and goings, conversations, emails, etc. Another sick practice was the celebrations that rose up from analysts who happened upon private pictures, videos, etc. of a sexual nature, i.e. nude photos, and the like that were shared around the room as a “bonus.”

One of the US government’s founding principles in the Constitution’s original bill of rights, the fourth amendment guarantees:
The right of the people to be secure in their persons, houses, papers, and effects, against unreasonable searches and seizures, shall not be violated, and no Warrants shall issue, but upon probable cause, supported by Oath or affirmation, and particularly describing the place to be searched, and the persons or things to be seized.

At this point, there is no way to know to what extent the snooping and storing of each person’s private digital information remains accessible by the government, but there is good reason to distrust the government’s casual dismissal of the notions and bold-faced lies by James Clapper, the Director of the National Intelligence in 2013, denying wiretapping and surveillance of US citizens to Congress only months before Snowden’s bombshell was dropped.

Snowden’s memoir is a revealing look inside a scary reality around the world. We cannot assume anything we say on the phone or in earshot of a microphone is private. We cannot assume any search we make on Google is private. We cannot assume any email we send to friends or family is private. There are eyes all around that we don’t even see or realize that could be collecting data on our every move without even knowing it. It might sound like a conspiracy theory, but Snowden proved that it is not science fiction, but science fact. Similar to Snowden’s heroic whistleblowing to alert the public of the violation of every American’s civil rights, as a people we have a duty to stand up against the violations of privacy and stand up for our freedoms which are being infringed upon and denied in exchange for security based on tenuous, subjective claims by the government.

The United States were not founded based on a ruling state that subjected its citizens to its own law and power, instead, it is the people who provide power to the state with their trust to not overstep their bounds and infringe on their citizens’ rights. The biggest problem, in my opinion, is the apathy of my fellow Americans to relinquish those rights due to a lack of willpower or a feeling of powerlessness to enact change. The people as a collective do have the power to make a change. We can make a difference in the policies and it is our responsibility to defend those rights from an increasingly authoritarian government which operates with impunity from the laws established in the land.

I believe this is our civic duty as Americans to ensure freedom for generations to come.

Check out my Book: Poems for Warriors on Amazon